Previously Mr. Pascacio has worked for Dowell Schlumberger de Mexico SA de CV where he started as Contract Manager for the Integrated Project Management business segment (IPM) then he took the position of Senior Contracts Manager for all business segments including IPM. After that he was appointed as Legal Counsel for Mexico and Central America and finally he got the Global Complex Transactions Manager position.

With Schlumberger Mr. Pascacio actively participated in various tenders for strategic contracts awarded to Schlumberger such as Burgos VII (first project financing contract for SLB worldwide, under PIDIRIEGAS scheme), ATG III, Bidding for Integrated Services contract for deep water operations in the Gulf of Mexico, Integrated Exploration and Production contracts for Mature Fields (CIEPS) Carrizo and Panuco and more recently in the bidding for the integrated service contracts for land fields in the Southern, Eastern and Northern regions of Pemex and in structuring projects field management and integrated services in Central America and the Caribbean which include Joint Ventures and Joint Operating agreements.

In 2013 Mr. Pascacio was listed in the Legal 500 as one of the 100 most recognized In house company lawyers in Latin America as shown below:

“Formerly at Siemens with responsibility for the power generation, transmission and distribution division, Noé Pascacio joined Schlumberger in 2008 and has risen quickly, from integrated-project-management contract manager to senior contracts manager, and subsequently, in 2011, to legal counsel for Mexico and Central America. During the preparation of the Corporate Counsel 100 Latin America, he has been appointed global complex-transactions manager, relocating to London. He is particularly specialized in contract negotiation, engineering-procurement-construction (EPC) projects, project finance and legal management. Internally, he has sought to increase the integration of the contracts team with the company’s other business units, ‘the principle objective is to achieve the business’ objectives, always foreseeing, evaluating and mitigating possible legal risks’, successfully converting one of the smallest departments into one of the most efficient units. Among notable achievements, Pascacio takes pride in having initiated an international arbitration for the recuperation of a $10m debt, and in which the company not only successfully obtained repayment but also subsequently retained the counterparty as a client.”

In 2018 Mr. Pascacio was appointed as Head of Legal for Shell Servicios Mexico S.A. de C.V., in this role he is responsible for leading and coordinating the legal team of Shell in Mexico for all the hydrocarbons chain of value from Upstream to Downstream, including Exploration, Deepwater, Retail, Gas, Integrated Gas, Trading and Trading & Supply.

Noé Pascacio obtained his law degree from the Universidad Iberoamericana School of Law at Mexico City, after that he attended a specialty in business law from the Autonomous Technological Institute of Mexico (ITAM), and later he obtained a diploma in project management by NeXT joint program offered by universities Heriot Watt, Texas A & M and University of Oklahoma. 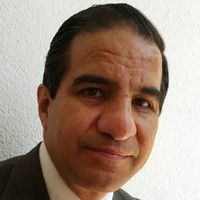